Despite having been aware of it for a couple of years, this was the first time we had managed to attend Warwick University’s student judo tournament. With everyone done with exams and BUCS looming in just a month’s time it was well timed to get a feel of what we need to work on and to start the final block of training with a bang.

So a small but keen group of people met on University Road at stupid o’clock on Saturday morning, climbed into a clean car and hit the road. Just over 2 hours later, a filthy car pulled into the car park at Warwick University, defeating the pessimistic forecast time from the sat nav and the need to take a long diversion after some fool closed the A34 near Oxford by parking a lorry in the ditch. 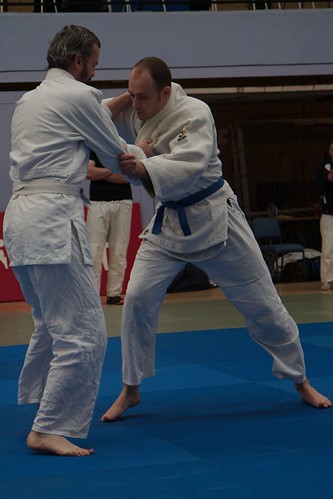 After a chilled out start to the day, with everyone making an appropriate weight, the ladies kicked events off with some great contests and then James was the first Southampton player in action, fighting in the u90 novice kyu grade category. Despite a few nerves at his first competition in a few years, and losing the first contest to the eventual gold medallist, he kept his composure and pulled off two nice wins with throws and ground work in the following contests to take the silver medal in the category.

After a break while the intermediate team category pools were fought, our team was in action – the 3 Southampton players augmented by the addition of Ellis in the heavyweight slot. Uncertain about the level of the teams in our pool, we got off to a great start with a 3-2 win against Strathclyde – Ben scoring ippon with soto maki-komi to take his first 10 points towards his 1st Dan and Marc flattening his opponent with the first of several big hip throws.

Next up was the Coventry team who along with Nottingham were starting to look like the strongest teams in the pool. A win and a bye put Coventry into the lead but a bye for Callum and another solid performance from Marc evened things up at 2-2. 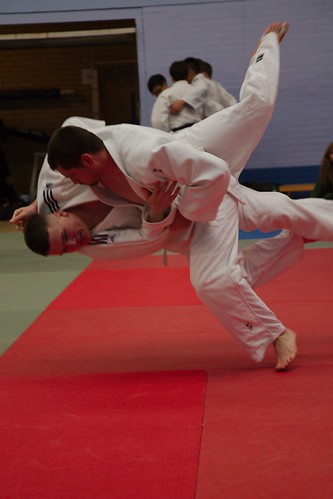 It was all up to Ellis and he put in a spirited performance but was not able to break through the Coventry player’s defence and conceded the contest by 2 waza-ari scores.

The machinations in the pool meant that a win against Nottingham would most likely put us through to the finals. Unfortunately their team was just as strong as Coventry and they took a 3-0 lead with 2 strong throws and a bye. Marc completed a great day with another cracking hip throw, switching to harai goshi for variety and we were done for the day.

We had expected a tough day having arrived with a 3 man team, so all things considered it was a good day out with some nice confidence boosting wins ahead of BUCS. Unfortunately the pattern of byes meant Callum only got a single contest but everyone else was showing improvements since the London University tournament. Now we have 3 weeks hard work to get everyone into the best possible form for BUCS 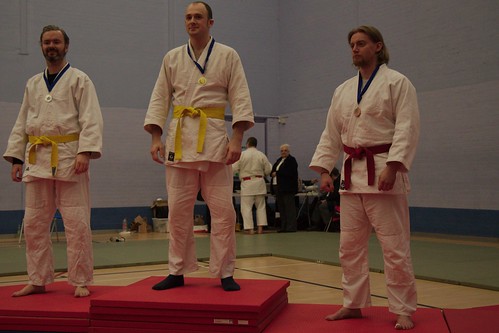